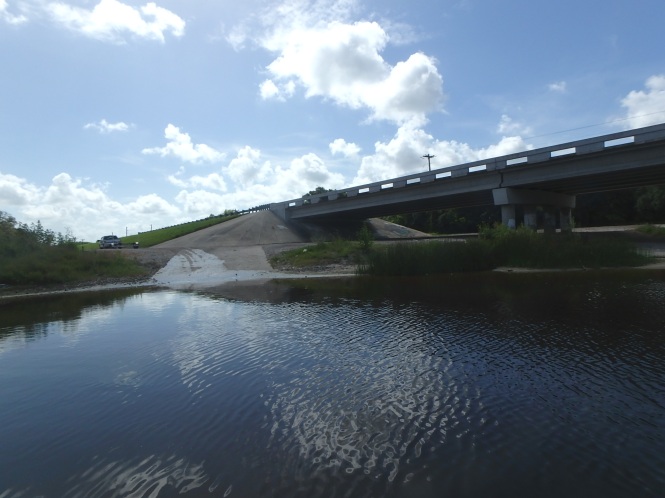 Don H. first took us upstream to the predominantly fresh water.  There was a ton of bait being smashed in the very first cove we came to, so we just had to stop and give it a try.  After casting for a while and being teased by the smallish bass, we picked up and moved on upstream. 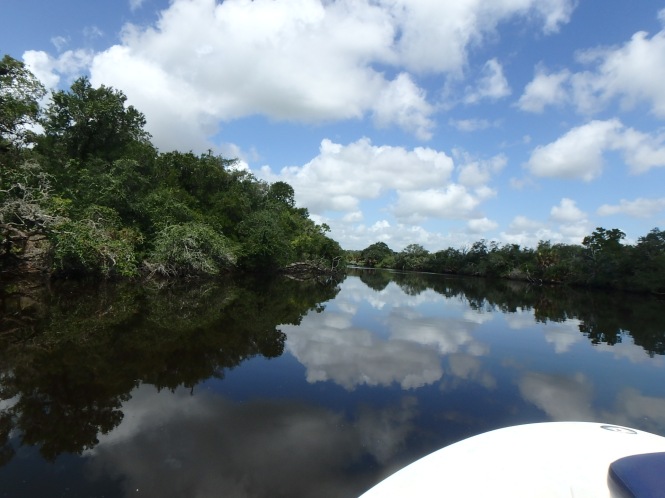 I had given Don H. a Chicone’s Disco Shrimp before we had launched and he was quick to tie it on.  He had one good blow-up on it before we started playing with the gar that we could see rolling at the surface.  Watching a gar try to eat a topwater fly is a different kind of fun. 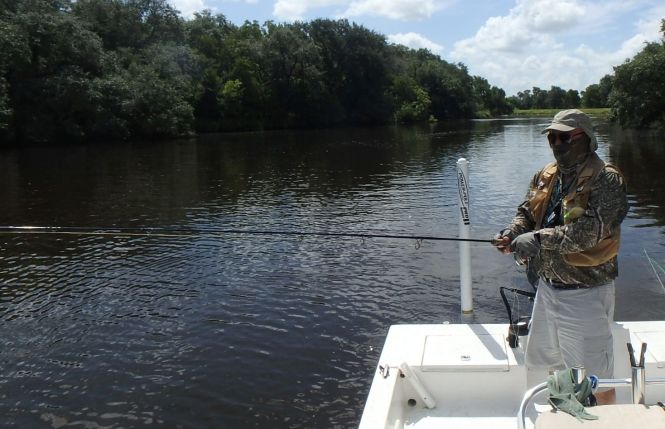 Moving from one spot, making a few casts, and then moving on let us see just what this creek has to offer.  It was quite warm, only around 95°F as we explored.  the high banks allowed just a bit of a breeze to trickle in.  I can only imagine this being a major benefit in the winter time, when a breeze would be most unwelcome.

One thing I didn’t realize is just how close to the salt we were.  Don H. ran us out of the creek, and across some skinny water to a tributary that was all salt, and actually held feeding fish.

Hooked up, and the fight is on 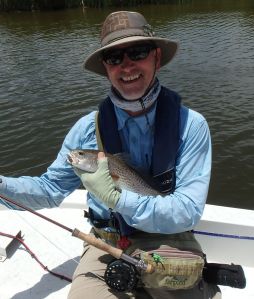 I don’t know about the rest of you, but I am looking forward to the club outing to this water.