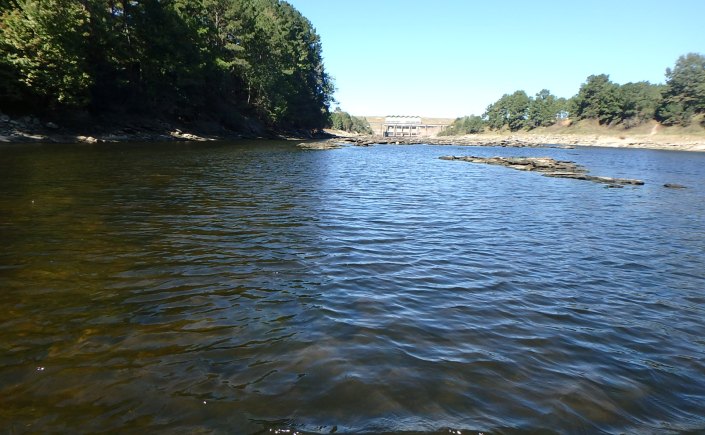 Fishing the Sabine River, below the generation canal @ Toledo Bend

I was the only one to show up for this trip.  It seems that the 2nd Annual Brays Bayou Carp-A-Thon – October 28th drew more folks.

TBARS cabin that I stayed in has 4 beds, a king, a queen, and 2 twins.  An ADA ramp leads into the cabin I rented.

We may want to think about reserving a LA State Park cabin next year, unless I can arrange this cabin again.

Arrived at about 1730, and started getting gear ready.

No cell phone coverage, or internet of any kind.

Woke up at midnight to a inside cabin temperature of 65°F.  A little tinkering with the thermostat and things warmed back up.

I brought my kickboat this year instead of a kayak.  This is like fishing from an easy chair, and is very stealthy. 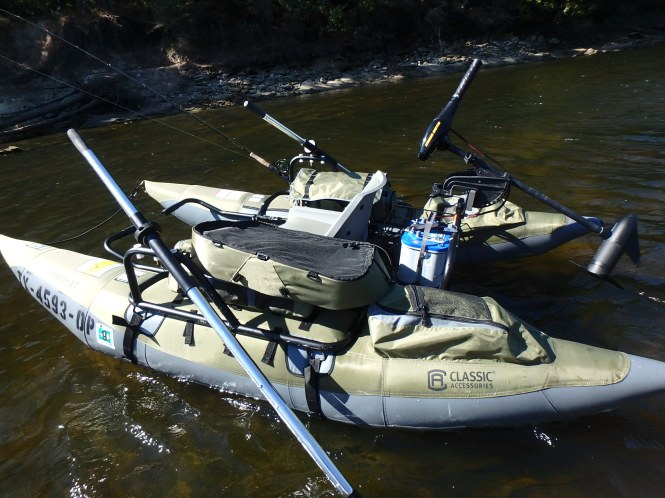 The battery only lasted 4 hours for the trolling motor.  Meaning that the range of this kickboat is ony about 3 miles.  See the GPS track for total area covered.

LMB were the only species caught on this trip.  None of them were monsters, but the bite was consistent all day.

I cast at a few gar, but no hook-ups.

The flies that produced were Clousers, and bendbacks, in light and dark color schemes.

The wind was non-existent at launch but picked up by the afternoon, making rowing a challenge.

Water clarity was amazing.  There was even diver’s training (Dive Toledo) right across from the launch point.