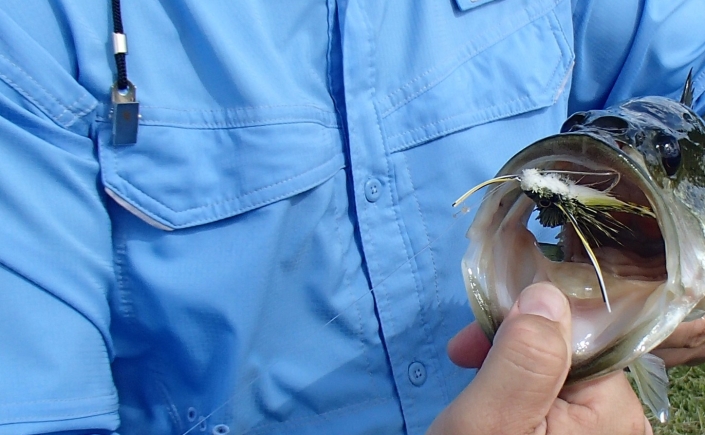 6 people signed up, but we had 19 fishing the event.

Everybody caught fish, but the fishing was slow.  “Puck” only caught 27.

Large-mouthed bass, red-ear sunfish, bluegill, and tilapia all came to hand.  Some of the largest fish hit top-water flies, and even more hit sub-surface.

Scott and “Puck” camped the night before enjoying the perfect fall weather and a roaring campfire.  Fishing stories and future fishing plans were the topics of  lies told.

2 teenagers caught fish on the fly rod before the wind picked up, and they switched to spinning gear.

Everybody caught fish, but the fishing was slow.  “Puck” only caught 27.

It was fun to watch anglers throw a 1 weight fly rod, and actually hook fish on a size 16 black nosed dace trout fly.

Mr. Mike Arnold came by with his son, Matt, acting as chauffeur.

At lunch we gathered at the picnic area and shared stories about which flies were working, and who caught what.

Next event here at Damon 7 Lakes will be in April, the 2019 John Scarborough Sunfish Spectacular.