I was born and raised in Alamogordo, New Mexico, home to the Sacramento Mountains and the waters of Benito and Alto Lakes where the fish were plentiful. I moved to Dallas, Texas in 1986 to start my career as a funeral director where I worked at Sparkman/Hillcrest Funeral Home.  Fishing was always a hobby and now the Texas waters and surrounding states allowed me new fishing opportunities. A weekend invitation to fly fish in Mountain Home Arkansas was the trip where I “caught the bug” and I was “hooked”.

I soon joined the Dallas Flyfishers Club after watching Jimmy Nix do a fly tying demonstration at Hunter Bradley’s fly shop. While in Dallas, I learned to fly fish for striper below Lake Texoma, and learned to do bass fishing from Cary Marcus, who at the time was working at Hunter Bradley.  I frequented both the Orvis Shop managed by the infamous angler, Dave Hayward and the Angler Edge Store managed by Brooks Bouldin. They both encouraged me to join the Texas Flyfishers, a club I have now been an 11 year member.

After joining the Texas Flyfishers, I found the various outing allowed me to expand my salt water fishing destinations.  I actively promoted the Texas Conclave, where I interacted with such greats as Joan Wulff, Gary Borger, and Brian O’Keefe.  Later that year I had the pleasure of meeting Dave Whitlock and Chico Fernandez at Anglers Edge in Houston, Texas.

Dave Hayward introduced me to Galveston and saltwater fly fishing and after my first excursion, and I discovered I had a lot to learn. When I recounted my experience to Dave, he invited me on a trip to Port O’Connor, Texas with the fly club.  The experience of fishing the flats with a fly rod kept me going back again, and again, and again throughout the years and there are not enough words or time to tell my over 20 years of fly fishing adventures and the friends I have made. 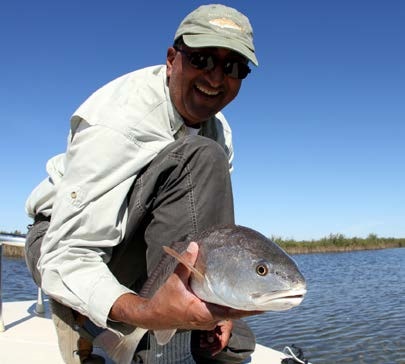 I am currently employed with Fishing Tackle Unlimited, Houston and, if you can’t find me there, I’ll be pursuing redfish on my Standup Paddle Board somewhere along the Texas coast.

Below are is list of a few of my history