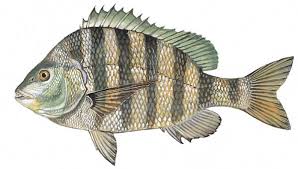 Our Speaker for the Tuesday, January 29, 2019 monthly meeting will be Alan Kulcak.  Alan is very knowledgeable about the Sheepshead which is considered by many to be one of the most challenging species on the Gulf Coast to catch on the fly. This should really be an entertaining presentation.

Also, before the meeting and beginning at approximately 6 pm, club member Les Lehman will be tying sheepshead flies including his Green Weenie pattern which was featured in “Texas Saltwater Classics” by Greg Berlocher  https://www.amazon.com/Texas-Saltwater-Classics-Patterns-Coast/dp/0929980190/ref=sr_1_1?s=books&ie=UTF8&qid=1546978303&sr=1-1&keywords=texas+saltwater+classics+berlocher  with a forward by Lefty Kreh.  Extra tables will be set up around Les and members are encouraged to bring their tying vices and tools to tie along with Les.  In that regard, Les has advised he will have extra materials on hand for those who want to participate.

Both Alan and Les will be preparing the club members for the annual sheepshead outing known as the Texas Permit trip which will be coming up early this year.